When the establishment wanted to impose a state income tax, she led the fight against it. When Planned Parenthood was selling baby body parts, she held them accountable. When they said President Trump couldn’t win, she stood by his side.

Now, she’s asking us to send her to the Senate to clean it up, and as Republicans, we should unify behind her. We must table our small differences now, because we are not the only ones with our eyes on the Tennessee Senate race.​

Every time rumblings of a state income tax became prevalent in the late 1990s and early 2000s, Tennesseans across the state were motivated. They wanted to do something to fight this tax. They did not want a state income tax and certainly did not want to spend more to pay for a broken TennCare system. They said, “Enough is enough. Fix the problem. Don’t just throw money at it.”

The state income tax battle was a four-year endeavor that started in 1999 and ended in 2002. Sure, it was a tough fight, but it was the right type battle to pick. Placing another tax to pay for another program was wrong for the state; time has borne that theory out.

THE TENNESSEAN
Why Marsha Blackburn needs to clean up the U.S. Senate
By Senator Jack Johnson

I have known Marsha for years. She is a straight shooter, a strong leader, and a conservative fighter. She was our state senator before she represented us in the U.S. House of Representatives, and if anyone could make the U.S. Senate act more like the state Senate, it’s Marsha.

When the establishment wanted to impose a state income tax, she led the fight against it. When Planned Parenthood was selling baby body parts, she held them accountable. When they said President Trump couldn’t win, she stood by his side.

The tax was first proposed on February 9, 1999 and I had been fighting it every day since then. The pro-tax crowd knew that only had to push to win one time. We had to win every battle in order to win the war.  I wasn’t going to shrink into my corner and take my orders from the highest elected Republican in the state.

​I had been elected to serve the 23rd District of the State of Tennessee and I took my orders from them, the people. They didn’t want a state income tax and they recognized how disastrous it would truly be. 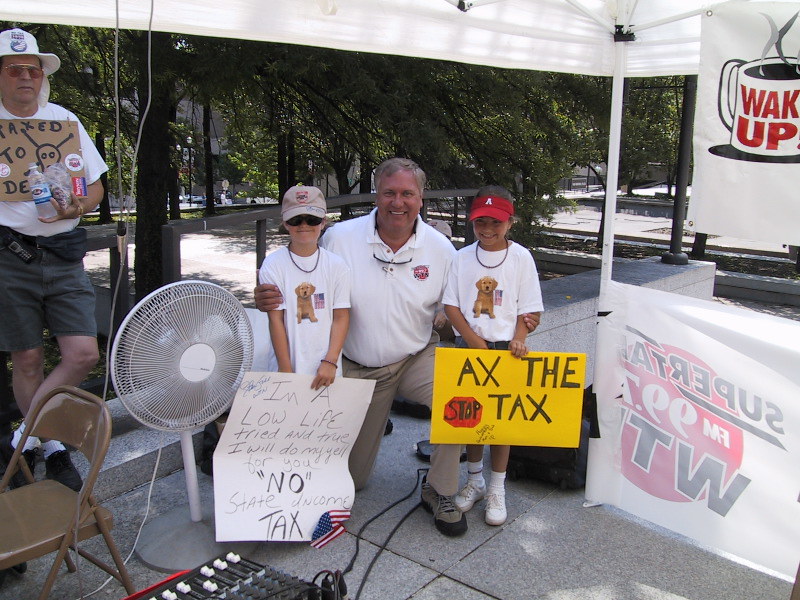 VIEW THE ALBUM ON FLICKR
Chip in $10 for Tennessee